Redpoint Positioning’s system is being tested at large-scale mines in North America and Asia to track the locations of people and vehicles for safety purposes, as well as to trace contacts for disease prevention and find tools and equipment.

Some mines are expanding the ways in which they use Ultra-wideband (UWB) technology, by testing a solution that could accomplish three tasks: locating assets, preventing collisions and tracking contacts to better enable social distancing.  Redpoint Positioning recently expanded its mining solutions with its UWB social-distancing system, and several large mining companies are conducting proofs of concept (POCs) to determine how well the technology can alert workers if they come within an unsafe proximity to others. The advanced location technology is designed to help employees maintain a safe distance from one another when they are indoors, while reducing the risk of spreading the COVID-19 virus. For the POCs, employees are wearing Redpoint Positioning’s Proximity Warning System badge tags. The tags create what Redpoint calls an invisible bubble (or “geofencing zone”) around each employee, by regularly transmitting a signal that is received by other such badges within close range for positioning information. The result is a warning to both workers who are using the badges. Redpoint’s badge tags are being utilized to track employees with higher precision, while maintaining real-time positioning for equipment and other assets, according to Jacob George, Redpoint’s senior VP of sales and marketing. The company provides solutions for industrial environments in which precise location data is needed. Throughout the past years, George says, “We’ve been focusing on the warehousing space.” For instance, Redpoint developed a proximity-based location solution for logistics that a forklift manufacturer designed to ensure worker safety. With a Redpoint tag on the lift trucks that transmits data in real time, as well as UWB badge tags worn by employees, the system can determine when the forklift is within range of a pedestrian at a worksite, then alert the driver to take corrective action. For some deployments, the system can automatically shut power to the vehicle to further prevent collisions. During the past 18 months, Redpoint Positioning has been providing solutions for the mining industry. Interest in safety technologies has been increasing for mining companies, based on industry-wide recommendations. One example is that the mining and technology industries are striving to meet an Innovation for Cleaner/Safer Vehicles (ICSV) initiative from the  International Council of Mining & Metals, an internal standards body, to use technology to prevent vehicle-to-vehicle or person-to-vehicle accidents.

Redpoint’s system has been deployed by several companies to prevent such incidents and for others is currently at the pilot stage to do so. It is also being implemented to track assets, which could include items such as $50,000 drill bits or heavy motorized equipment used to collect material and remove it from the mine. Asset management can be critical yet challenging in this industry, George explains. The loss of an asset used in mining processes, for instance, could mean having to shut down operations. The system consists of a UWB tag attached to each high-value asset, which transmits data to anchors or other tags. If it leaves authorized areas, management could be alerted. However, Redpoint intends for its technology to serve more than just a single use case. “Our technology enables you to handle multiple applications,” George states. “We’re the only company with infrastructure that can automatically shift between two modes: tag-to-tag and RTLS” [real time locating system], he claims. A deployment can consist of UWB anchors installed throughout a mine, which would capture real-time data from all area tags and forward it to a server. Such a solution provides management with access to information regarding workers and assets, even from a remote location. At a lower cost, mines can deploy Redpoint’s anchors only at key locations to collect data when badges come within range of an anchor—for instance, while passing through a portal. The tag can collect up to 500 interactions, George says, and when it comes within range, the anchor will capture all the data and erase it from the tag. In that way, the tag can begin collecting information once more. Mine operators can perform analytics on the data collected, even if the information is not captured in real time. 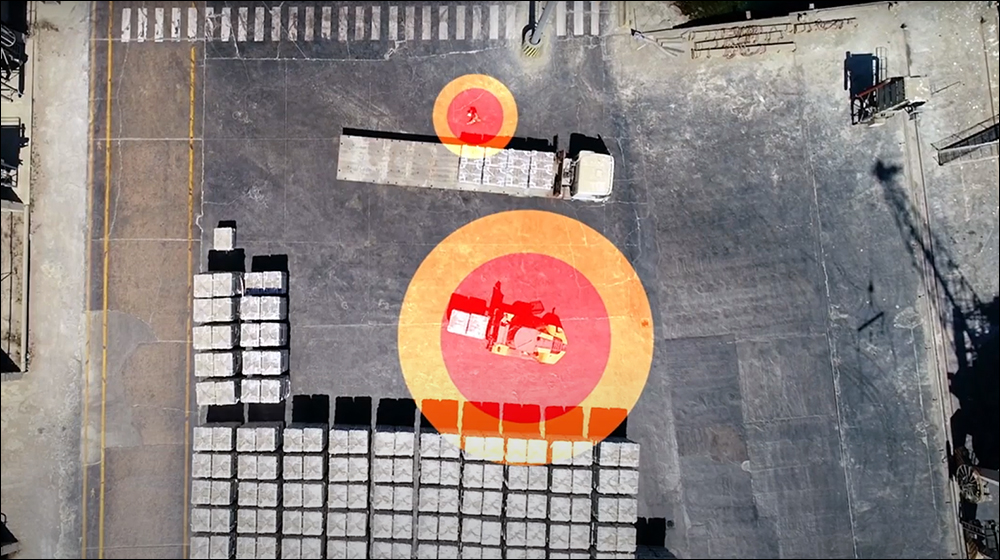 The third, least costly configuration of the technology would require no infrastructure at all, George reports. Individuals would wear the UWB badges, which would simply alert them if their proximity with another person or a vehicle was considered unsafe. The tags would communicate with each other to prompt the alert, and the devices would buzz and flash a warning. That, he says, is the easiest solution to deploy. Tags can be designed to transmit data as often as necessary to conserve battery life for as long as possible. If a mining operation so chooses, the tags can be set to ping only when they are in motion, or they can transmit a signal almost continuously. That means the lifetime of the device’s battery can range from per shift to every six months. The system can also provide “keep in and keep out” zones. If an anchor were mounted at a specific work zone’s entrance, the system could determine that a vehicle or worker was entering an unauthorized area. In addition, Redpoint offers its own software with spaghetti diagrams, a type of visual representation tracing an item’s path through a process via a continuous flow line. As a process-analysis tool, that flow line enables process teams to identify work-flow redundancies and opportunities to expedite process flow, though the company typically works with partners that develop solutions and software employing the UWB technology. With regard to the POCs, Redpoint works directly with two large mining companies that have asked to remain unnamed. Initially, the systems are tracking only a few individuals, while in the long term the number of personnel badges in use would be between 3,000 and 5,000. 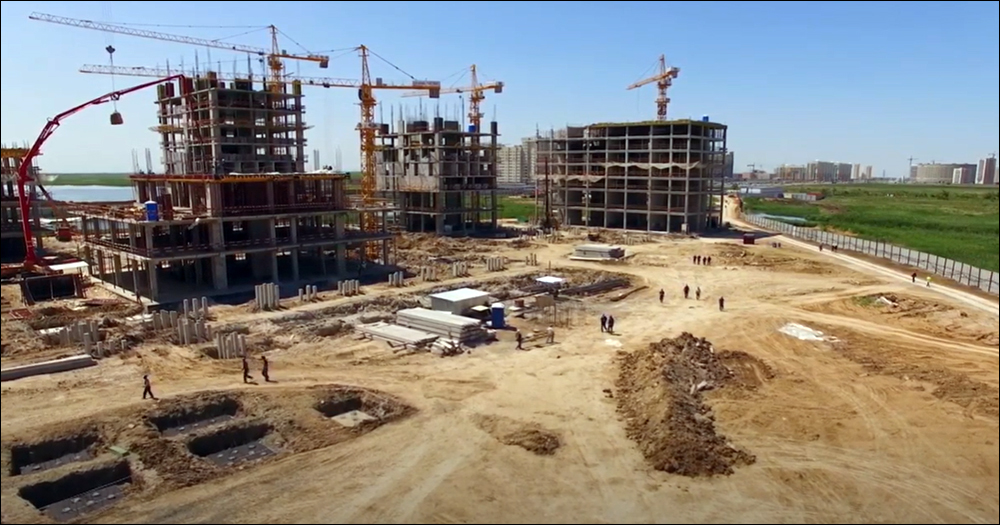 Most mines are not new to wireless technology, George says, but some are switching to more UWB-based systems and are transitioning away from less precise systems such as Wi-Fi and BLE. “For considerably less cost,” he states, “they’re able to have higher performance and address multiple applications with a single infrastructure.” Under ideal conditions, George adds, the Redpoint tags can be located within 10 centimeters (3.9 inches), while location data could be as wide as 5 to 10 meters (16.4 to 32.8 feet) for Wi-Fi. When it comes to social distancing, numerous mines have accomplished many of the necessary precautionary actions, George reports, “so the risk of spread has been reduced quite a bit.” Such companies limit the number of workers in elevators, for instance, and require that PPEs be worn. There are areas in which social distancing is more difficult to accomplish, however, such as in cafeterias or meeting rooms, as well as areas in which employees may be more lax. “That’s where social-distancing solutions will be of the greatest value. Mines have done an excellent job doing what they can. Now they’re taking the next step.” The new social-distancing solution can collect data regarding the length of time that a close-proximity warning takes place. For mines that expand their deployment over time, George notes, contact tracing is the simplest application to begin with. Redpoint’s technology is typically the same for any use case, he adds, though unlike personnel badges, vehicles employ dedicated UWB tags that plug into their own power system.

Transform Your Worksite. Create Your Future.

Safety doesn’t come from a box. It comes from a team with the technology to transform your business and the drive to work with you.